Post it note Tuesday : and how Ethan Hawke stole my heart. 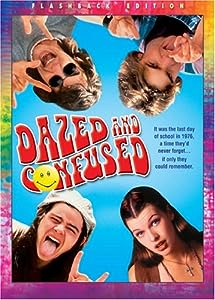 That was supposed to be in Matthew Mcconaughey-hey’s “Dazed and Confused” voice, just in case you didn’t catch that.

It’s Tuesday, and once again I’m posting for the first time this week. I don’t know what has gotten into me and Sunday nights, but I just haven’t been able to get any Monday posts done in a while. Oh wait, yes I do know what has happened. Sunday Fundays were invented by some friends of mine as a way to extend our weekend, and let me tell you-we really do have fun.

So I apologize for being a slacker on both blogging and commenting the last few days… but don’t blame me, blame my friends. And me too a little, I guess.

Before I get started on the oh so fabulous post-its, I have to touch on a couple of  things.

#1. Who in the hell designed Central Market and how were they able to make a grocery store into a freaking Bermuda Triangle? They put this fabulous little “healthy” grocery store right next to my gym that is determined to bust both my gut and my wallet.

I stopped in today just to get a loaf of rice bread, and an hour later I exited carrying 4 giant paper bags full of wine, a variety of smelly cheese, blood oranges (I have been dying to try one ever since I saw one at the beginning of Dexter,) pita bread, 2 types of hummus, home-made corn tortillas, luna bars, and of course a $10.oo pre-made salad. I literally cannot just walk into that place without spending $70.00.

#2.  I saw “Day Breakers” this weekend and I cannot tell you how much I enjoyed it. I walked in not knowing much about it except that it was about vampires and that it had Ethan Hawke in it, and I left feeling completely satisfied. It was quite scary, had a few laughs and a whole shit-ton of gore.

If you haven’t seen the trailer, you may do so now. I grant you permission.

Some may argue that William Defoe’s character “Elvis” may have stolen the movie, and I do have to say he did an excellent job.

But more importantly, Day Breakers also stars Ethan Hawke. As a vampire. This man was simply made to play a vampire. I don’t think he’s the most attractive man in the world (that would be my **boyfriend, John Cusack,) but this man is just chock-full of sex appeal. He’s the perfect mix of grunge, baby face, and sexiness… and the way he talks? I dunno why it gets to me so much, but I guess if I really wanted to get down to the source, it would be Reality Bites.

I could probably write a thesis on my obsession with Reality Bites and the effect that I’ve let it have on my life, but alas… I won’t go there. Not today at least. But really people. I can’t be the only one who is totally obsessed with the fictional character of Troy Dyer. The older I get, I have started to see the flaws in Troy, but I can’t help but still love him. I’m pretty sure his character uttered the greatest line ever recorded in film history…

“This is all we need… a couple of smokes , a cup of coffee, and a little bit of conversation . You and me and five bucks.”

Every time I hear him say this (which is NOT at least once every two weeks) and Lainie DOESN’T kiss him back, I want to smack her in the face. Hard.

But at least  she makes up for it later on. Sighhhhhhhhhhhh.

OK please excuse me while I change my panties. Just kidding. Kinda.

And now for some post it’s! For MANNNNY more awesome post its check out the host of this lovely blog carnival, Supah Mommy.